Rancid the Raccoon is the main antagonist of Farm Heroes Saga. He is often seen wearing a yellow hard hat, a shirt with a necktie and driving a concrete mixer truck in attempts to destroy the farm lands.

There are special levels where you challenge Rancid and you have to defeat him by collecting Cropsies. Unlike in normal levels, there is no given number for each cropsie on the list so that any will do. (For example, in the picture, you could collect 371 water droplets and 11 strawberries, or 100 apples, 100 carrots, 100 strawberries, and 82 water droplets.) After reaching the goal the level will be finished instantly without Hero Mode. The number of remaining moves will determine your score. On mobile devices you will see Rancid's health in percent. On the PC you have a meter which shows you the number of cropsies needed.

You can improve your chance with buying a bonus for magic beans.

A minimum of two stars must be achieved to get the key to instantly unlock the next episode. If one star is obtained and that players do not want to try again, they will have to ask for three friends or wait for four days for the episode to be unlocked. 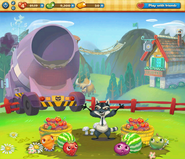 Before starting the Rancid levels

Get the key to unlock the next episode

Earning 200,000 points in one of the Rancid levels will give you this badge and 1 point.
Add a photo to this gallery 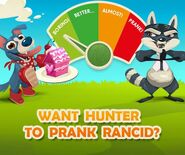 Hunter wants to prank Rancid, but he needs some encouragement! 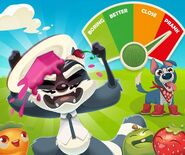 You overwhelmingly voted to PRANK Rancid!
Add a photo to this gallery 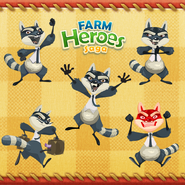 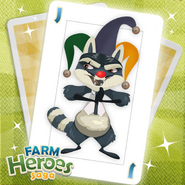 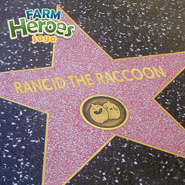 Rancid the Raccoon Star in Hollywood 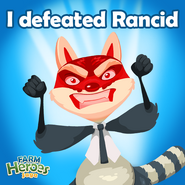 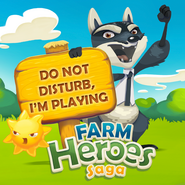 Rancid Do not disturb, I'm playing 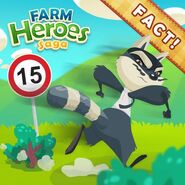 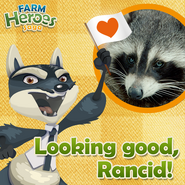 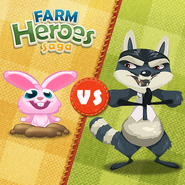 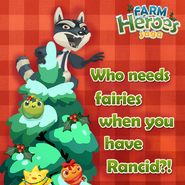 Who needs fairies when you have Rancid?! 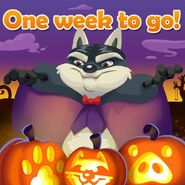 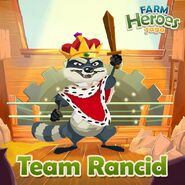 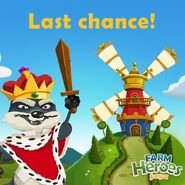 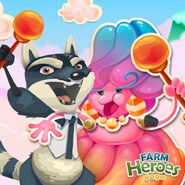 Rancid has a new BFF! Meet the Jelly Queen 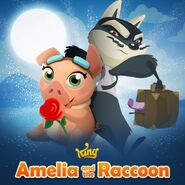 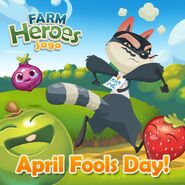 Add a photo to this gallery
Retrieved from "https://farm-heroes-saga.fandom.com/wiki/Rancid?oldid=37441"
Community content is available under CC-BY-SA unless otherwise noted.